"By the end of this book, I was quite absorbed in the world the author has created, and the climactic scenes are enough to almost make you wince in pain.

THE HARVEST is an excellent example of what good science fiction can be, layering wonderful character development on top of a chilling view of the future.''

In the future, one Corporation ("the Corp") will rule America. Religion, reduced to greeting card slogans for the

"Godthing," will become an arm of public relations. Food, shelter, and health, will be publicly stressed as an old elite

class rises again behind a mask of "universal" opportunity. Wealth will be invested in the production of vaccos:
laboratory-produced (human) "corporate cadavers," raised on isolated ranches as living sources of organ and tissue transplants.

Drugged on numbing "euphorics," vaccos are harvested regularly for a waiting list of patients.

One such vacco, a valuable "Corp property" known as Hart256043, will escape. At an underground bar specializing in illicit sex
and drugs, he meets Edgar Morgan Devereaux: successful Corp designer, the adopted son of the wealthy, powerful Joshua Devereaux,
a member of the Corp Board. But Devereaux has a secret. He was born Chris Turner, a lower-class delinquent, and he can never
shake his roots or a desire to retaste his wild youth. In an atmosphere of tension, violence, and repression, Chris and Hart will
bond and discover within each other compassion and a completeness totally outside "Corp" life. Edgar will reject Joshua’s
lifestyle, and join with Hart to do anything—including kill—to save the vacco’s life. And Hart, one of the most appealing
characters to appear in contemporary fiction, will find in Chris Turner the humanity he needs ultimately to survive. 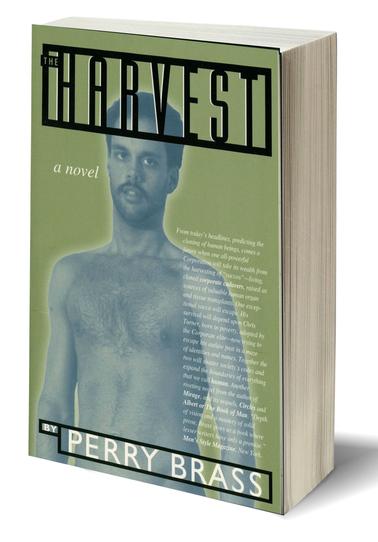