You’re walking down W. 43rd Street at night
toward Grand Central and there on the sidewalk
sits a white Maserati—sleek, brand new, kissing
the lights with its bloom of a chassis,
like some red-headed kid’s dream
of mastery, desire, escape—a release that speeds
into the ether of showing: encounters with dough
and brain-blank pick-ups on Madison Avenue—
the painless accretion of family bank notes; the discovery
of riches down in South America, with the rush of cocaine
through the eyeballs of sleep. And here

you see you in the driver’s seat
holding another body lean as the sea— with the speed
of changes and time in your favor, you
like a stallion stealing races, miles ahead of
the nearest pony—snatching the sharp eyes
of the cold world with barely a wink of your own.

Then it’s gone. You can’t hold it.
Or know it.         Or own it.
Its lavish, slightly sinister presence
that talks in a language that makes you
throw up, its gleaming white carapace
and Moroccan interior—all sucked
into the greasy backfire of time. 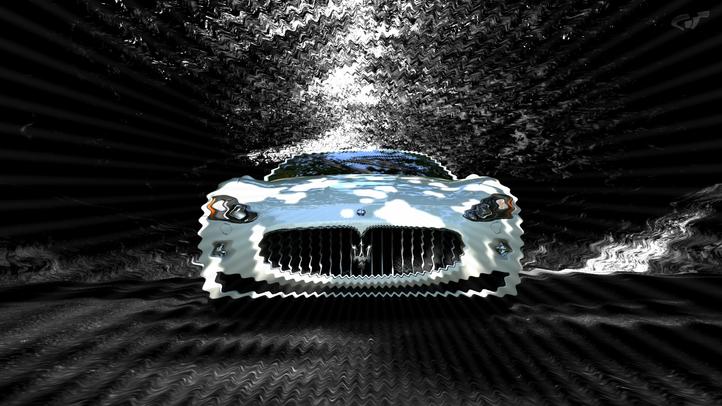