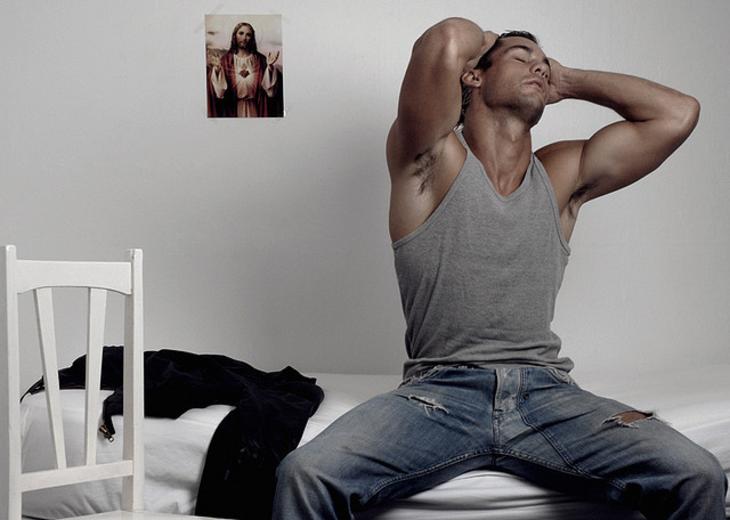 What is the sexual urge and why are people crazy about sex?

Sex, in one form or another, does make us crazy. The Bible speaks often of religious ecstacy—that moment when you
united with God and brought your personal, limited human identity into the Godforce. It was powerful and for onlookers
terrifying—religious ecstasy, the sense of dancing with God as your partner was easily mistaken for insanity; or sexuality
gone crazy.

Among the early gay writers known as "Uranians," sexual ecstasy became united (and concealed) under an ecstatic
union with unleashed Nature. Especially among them, the repressed poet-priest Gerard Manley Hopkins became
smitten with Nature’s force and beauty, while trying to express what he could of his own same-sexualized nature.
Nature became the powerful Male Figure, the throbbing urge toward completion, unleashed in the presence of the wild.
To the Uranians and other earlier queer writers, Nature was no longer Mother Nature, it was Father Nature, and he was a
hunk, a creature of huge submission and attraction. D. H. Lawrence, a "straight" writer who was extremely attracted to
powerful men, literally worshiped this union with Nature revealed in the climax.

Although Western commercialism extolls sellable heterosexuality and shopping center religion, it is terrified of tracing
sexuality back to its roots in the sexual urge—the “urge to merge” as we used to call it—and also sometimes the
"impolite" urge to come out of yourself and into a larger sphere.

Today this urge, as something organic, uncontrollable, and physically present, is cosmetized like a corpse into gooey Hallmark-greeting-card images and ideas. Jesus is either the sexless shepherd who’d never come on to one of his followers, or the strapping Oxford undergraduate, always shy and rosy cheeked. The idea of God Itself, as an immense, creative, mutable Force (something Hindus see as organic to the Godhead), is terrifying to us. And yet it is almost impossible to completely repress it and even the attempt to do so creates neurotic violence and damage. It creates an
atmosphere of the Inquisition, fundamentalism, and repression, which only sees in religion what is repressive and exclusionary, spawning religious warfare. A perfect example of this is seen in the words and actions of contemporary religion's most obvious closet case, Pope Benedict XVI, who is literally destroying the Catholic Church from within with his rampant, only too defensive homophobia and sex phobia.

Going all the way back through history, gay men and lesbians have always been the wild cards in any revelation of a
religious ecstasy that cannot dismiss sexuality. Homosexual priests were associated with sexual rites in the early cults of
Astarte and, later, Aphrodite, whose temple male prostitutes often associated with women and “serviced” men as a way
of submitting to God. This form of temple prostitution was hated by the Hebrews; still it resurfaced time and time again
in Biblical accounts of the Jerusalem Temple.

In turn, this idea of men submitting sexually to other men (as a possible way of submitting to God) follows a basic
primate pattern seen in “alpha males” who establish their rights for sexual satisfaction, a pattern other primates quickly recognize. The presence of alpha males and their mates, alpha females, brings a sense of tribal harmony and stability that
still carries over, psychologically, into human life.

I find this most apparent in the gay need for hierarchy (that is, seeking out powerful or attractive men) for protection,
and to allow us to express our own submission to other men.

Our needs to be the followers of great divas; the stylish courtiers of royalty; the suitors of powerful, “hot” working-
class men, all make me feel that hardwired into our own queer brains is this sexual connection through energy and power
to a force that is both greater than us, and also responsive to us.

We seek the Eternal Mother and want to bind the wounds of the fallen, as Walt Whitman did. We also seek the big
Alpha Male: Jesus, Zeus, Mr. Leather, Tom of Finland, WWF demi-gods—and in our engagement with this kind of not-
always-covertly-sexual power find a satisfaction that eludes most heterosexual men who cannot submit to the opposite
sex without losing some of their own, well-defended masculinity.


This has brought heterosexuality into a constant "War of the Sexes" that now appears at close to atomic level; it has,
unfortunately, made any kind of heterosexuality outside of marriage, in many repressive, fundamentalist cultures, always
on the verge of rape, because the real religious roots of sexuality cannot be honestly recognized and explored.

In our commercialization of sex, we have brought it so far away from one of its own deepest roots, its ritual as a
merging with God, that the only thing left of it has become TV's The Bachelor, Blind Date, and The Pussycat Girls.

It's sad, and I feel the loss of these wondrous roots all the time.

Tell me what you feel about this piece. I'd love to hear your thoughts. Enter your comments below.