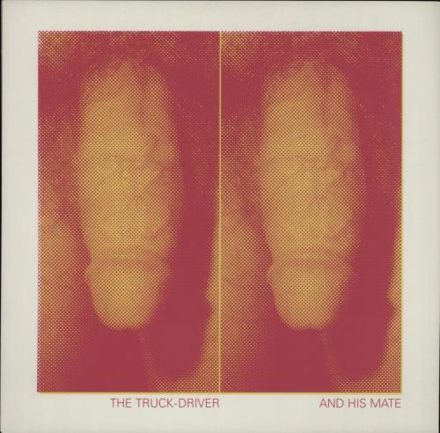 The Penis As An Object of Beauty

"The Truck Driver And His Mate"

[Note: this piece, from 2005, is one of the most popular pieces on my site. I think that it really
speaks to a lot of men, and women, about what has happened to men and their feelings about
their bodies. So I have updated it in October of 2010. I hope you'll reread it, and please let me
know what you think about it.]

Something horrible happened to Western culture in the first 200 years after the death of Jesus.
The soul, which the Jews associated only with God (Jehovah), this thing that belonged
exclusively to Him, was at one moment set free and then immediately re-captured by the Church
and its often either psychotic or closetedly queer minions.

In other words, your soul was now yours, but you could lose it at the drop of your pants. So,
you had your Eternal Soul (and all the religious hysteria that went with it), but it would always
be in conflict with your body.

In a nutshell, any time your thoughts strayed to the region below your belly button, you were
in danger of Hell, eternal fire, brimstone, etc.

And sex, as you probably figured out, quickly dragged the rest of the body with it. The
Greeks, corrupt and evil as they were (after all, they'd only brought us something called
civilization), believed the body was beautiful. They saw the beauty of the body as part of the
beauty of the soul itself, even if their version of the soul was a fairly small one, just wandering
around gloomily after Death, trying to find a picnic.

But the Greeks and other pagans thought the body--naked, free, beautiful--well... it was a
darned good thing.

They loved it. Adored it. Worshiped it, especially in the form of "boy worship," something
we can't even get a handle on today. ("Boy" today = Little League Baseball.) Christianity decided
that the soul was eternal, and the body, where the soul was imprisoned, was only the place
where shit got manufactured and that the worms would later eat.

So, except as something to kill, main, mutilate, spindle, torture, and degrade, the body was . . .
just worthless crap.

And, alas, the poor penis went into total exile.

It became an object of such revulsion that you'd think the thing you peed with, which
produced rug rats, which responded to any number of cues and stimuli and which was so
amazingly sensitive to any number of injuries and insults that it might stop functioning at any
time (as makers of Viagra and Cialis will tell you) was the vile thinking cap of Satan,
Nicodemus, Beelzebub, Osama Bin Laden, and Rush Limbaugh all combined.

In other words, if you truly hated it, it had to come out of your dick.

It was a sorry state of affairs.

Your crown jewels had to be hidden under six layers of material, including a special Teflon
pouch. The slightest sight of a poor little pecker could turn grown people to stone. Imagine Janet
Jackson’s famous costume “malfunction” at the Superbowl exploded to the four-hundredth
degree, and you'd get a mere inkling of the reaction if, say, Brad Pitt's John Henry had somehow
come a-loose in any of the scenes in Troy.

(Which, by the way, even gives one of my favorite categories of films, the "trash classical," such
as the great Steve Reeves Hercules movies, a truly bad name: Troy is a pure clinker. How could
they make something so ripe with possibilities for queer delights into such a bore?)

I mean, we might get a quick fanny shot every now and then but an actual, in-the-flesh
schlong . . . whole governments have fallen for less. I don't think that even Barack Obama
could withstand the scandal of anyone seeing his "thang." Just remember what happened when
Bill Clinton's little boy came close to exposure when one of his ex-girlfriends described it as "big
as a roll of quarters."

However, there is some hope on the horizon for those few wayward people whose eternal
souls are in jeopardy, like myself, Michelangelo, Walt Whitman, Thomas Eakins, Jeff Stryker,
and a few others who believe that the penis itself is—well—beautiful.

There's a glimmer of light on the horizon. This jewel of the male body, the lingam associated
with the god Shiva—one of the primal sources of creative energy—which the Greeks believed
was sacred to Herm (the phallic god), and which so many men still fear and despise with a self-
rejecting intensity that should be rightly aimed at air pollution, infant mortality, and global
warming——there is hope, dear readers, for once again realizing the aesthetic loveliness of this often
forlorn, but very well-designed anatomical detail.

Although it is still hidden from view with the sustained effort with which the old Bush White
House concealed pictures of coffins coming home from Iraq, teens (the most important
marketing target in the U.S., the "demographic" to whom our entire culture is now aimed) are
starting to enjoy—and even admit enjoying—sucking it.

Teen girls are putting this loathsome, discredited, and often unpredictable thing in their
brightly lipsticked mouths, and once something gets in there, then you have to admit that at the
very least it can't be anything but . . . cool.

Anyway, get the message: Girls are doing it all over the place, going down quicker than the
Dow after the price of oil shoots up.

And even some boys are revealing that they, too, are trying to figure out why the girls get to
have all the fun—and what's so bad about putting this little gizmo in your chops and giving it a
twirl, especially if it makes some real good buddy happy?

Now, there is one potent "Get Out Of Jail Free" card here:

The kids are telling us, just as William Jefferson Clinton did, that oral sex is not sex at all. It's
just good ol'-fashioned fun, something Monica Lewinski led the way with. And now, along with
the Name-status handbag, a little midway-throating (as opposed to deep-throating) is a sure
badge of being "in."

In some ways, the Christian Right, which insists on virginity at all costs, is responsible here.
The Christian Right has always had only a glancing relationship with the truth, so defining real
sex as only being something in the "missionary position" goes along with that.

O.K., so Oral Sex is not sex. In fact, "Oral" is just the first name of a brand of toothbrush,
which everyone knows your dentist recommends.

Therefore, in a nutshell, "oral" and "sex" are not one-and-the-same thing.

Penises are "coming out." At teen oral sex parties. In the backseats at mall parking lots. In the
backrows of Scream XVI and other wholesome kiddy movies. And so are those sweet kids
having a good time sucking them.

This definitely is going to do something good for the world. And eventually, I hope that
within the next two weeks or so, we will see the incredible singular individual beauty of the
penis. And as Whitman once sang, “the body electric,” in totality itself.


[Please note: The above was, basically, the story I've been running here since 2005. A very
long time in World Wide Web years. But so many of you have written me that you genuinely
love this piece that I want to keep it up (OK, no pun intended; keep that Viagra-stiffened
imagination in your pants.) But here's what I'd like to say in the fall of 2010:]
The penis is still in exile. Kids are pretty much still afraid of anything to do with it, as far as
actually admitting that they like it, either their own dicks or those of others. Even a lot of gay
men I know are ashamed of their equipment, especially if they feel that their package is just not
as big as it should be. Size and the problems that go with it have become huge issues for many
men. I think this is terrible, and I wrote a chapter about it in my book The Manly Art of
Seduction. All dicks are wonderful, no matter what their size, girth, or the advanced age of their
owners. What makes a cock great is who is sporting it, carrying it, caring for it, and loving it.
That is the simple fact of the matter. So no matter how you look at it, and I hope you will look at
your sexual equipment with candor, honesty, and the same kind of frankness I have used in this
piece, a dick is a thing to celebrate.
And please stop calling guys "dicks" just because they don't use their brains.
Call them morons instead.
What did you think about this—isn't it time to bring the dick out of disgrace?