Fiction is facts, feelings, and ideas arranged for a purpose. Fiction is important for human life.
Our imagination is fed through fiction. Children are taught lessons from fiction. Fiction provides
the relief humans need from the wearing business of consciousness. One of the first marks of a
totalitarian society is that it limits fiction: it tells you what kind of stories can be told.

Our needs for fiction are seen in beauty contests, staged political events, any form of drama such as plays, movies, commercials, magazine ads, TV, and WWF wrestling smack-downs.

People feel that fiction "lies." It does not lie as much as it arranges the truth, or what we can accept as the truth.

In truth, or reality, bad fiction lies: it is based on trumped-up phony concepts of the truth. But good fiction has its own "fictional truth." It shows us what reality really is.

Some basic ideas about "arranging facts": the "round house" theory of fiction.

The first fiction was in the form of folk tales, a very potent, usable form of fiction. People told folk tales -- stories from the "folk," from regular people. These were tall tales, wish-fulfillment stories, dreams, etc. and they told them in round huts, tents, and small one-room shelters.

So folk fiction was "circular": beginnings and endings met in a believable and satisfying way.

Folk tales start off with a basic question, and then end with an answer. Why does the leopard have spots? How did humans come into the world (creation myths)? Why do we behave the way we do? Who were the first kings and queens? What punishments do the bad receive, and what rewards do the good get?

Folk tales are filled with "folk wisdom," the popular wisdom that is often based on almost
universal wishes, rather than on real life. Another form of folk wisdom is popular music ("My boyfriend's back and it's gonna be trouble!"), country music ballads ("Love is just a four-letter word!"), even nursery rhymes in which bad children are punished and good children get rewarded.


As human life became organized by power, the "little people" kept living in their huts, while powerful people lived in castles. Folk tales gave way to what we call "courtly tales" -- tales of the royal court.

The courtly tale is very much a part of gay fiction, because courtly tales pay a lot of attention to differences in status, and that has always been a queer interest as well: the powerful vs. the weak. Beautiful vs. ugly. Smart vs. dumb.

In the courtly tale, differences in status charge the story. Also, courtly tales are concerned with attention to status details: how a great house looks; fine clothing and it's style; the way people dress and convey themselves. These are hallmarks of courtly tales. Loyalty, submission, and longing for power are also aspects of courtly tales, as are codes of chivalry and behavior.

Andrew Holleran's popular novel Dancer from the Dance is very much a courtly tale, dealing
with status, "queenliness," the desire for heroes in a cynical world, and a longing for purity and honor.

In our own day, Mafia and gangster stories, Westerns (the code of the Old West), and many
most romances are courtly tales. One of my favorite courtly tales concerns the quest of the good "little knight:" to prove himself against all odds. Hollywood uses this format constantly: Robin Williams has made a career out of it, but so did Jimmy Stewart before him.

Gay fiction has not paid much attention to folk tales and fairy tales, but they are a very potent form of fiction. I used them in my Mirage trilogy of novels, which were billed as science fiction but were actually more "Sword and Sorcery" stories in a science fiction setting. One of the characteristics of folk tales is that they are based on gossip and are told in a vernacular language, the language of the people. I wish we had more queer stories like that, told in the language of street queens, hustlers, and regular folk, instead of opera queens, Ph.D. candidates, and Francophiles writing in eighteenth-century French translated into English. One of my favorite writers for this is John Rechy. His wonderful novel City of Night is filled with queer folk tales, often told in a shockingly magical "You won't believe this!" way.

The first "novels," or "new stories" came about in the 18th Century in English through letters. The first novel in English is Pamela; or, Virtue Rewarded published 1740 by Samuel Richardson. Richardson was a prosperous printer and he was asked to produce a book with models for letter writing, then a great hobby and craze among the rising upper middle class to show that they were educated enough to write. He wrote Pamela, and later, in 1747, Clarissa Harlowe. Both novels are "epistolary novels," that is, the plot is revealed in letters.

The novel came about due to the advent of having a “private life,” a "private space" (a place for reading and gossip), and "private time," such as a time for social visits, vacations, travel, and dealing with personal money as a part of a private life.

During the Middle Ages and into the Renaissance, sex was considered fairly much a public
"function." There was an amazing candor about sex, as witnessed by The Canterbury Tales,
Chaucer’s great poem filled with bawdy stories and rhymes. This sexual candor later died in Victorian times.

In the Middle Ages, religion took the place of a private life. Religious feelings were often hidden and very vulnerable--you could easily be killed for your religious feelings, but rarely for your sexual ones.

Much of our human "religious" feelings are now incorporated in what we call “gay fiction” —the idea of power worship, of glimpsing inaccessible beauty, of religious ecstasy as a sexual experience. I think we need to explore these ideas and experiences much further. However, we are only beginning, openly, to twin the religious with the sexual. For too many people, under Catholic or Protestant Christian conservative repression, religion is the absence of sexuality. However, throughout human history, this has never been true.

What Is Gay Fiction?

I have two definitions that I like to use. The first is more academic:

1) Fiction that takes all the power and energy that, in conventional fiction, one gender exerts on the opposite gender, and in gay fiction exerts on the same gender. In doing this, our ideas of that gender are enlarged: gay and lesbian fiction, by its nature, enlarges our ideas about gender definitions and boundaries. Men become nurturing, tender, wild, queenly, exciting, etc. Women become powerful, huge, positive, etc.

2) Fiction that is written by, about, and for queer people. Simple as that.

Pre-Stonewall, much gay fiction was extremely closeted, as was most of life. In fact any
mention at all of homosexual activity put a work of fiction in a very special place: on the shelves of multitudes of closeted queer people. So, much gay fiction has a historical purpose. In other words, what was shockingly "gay" a hundred years ago, may not be so today, except as a historical artifact. You also have the question: is the writing of almost totally closeted queer writers, like Somerset Maugham, part of gay fiction, even if there are no gay characters in it? My feeling: YES. Because Maugham reveals his own covert, rebellious, distinct gay voice regardless.

My feeling: YES, again. These are "gay books," in that the intimacy between men in them is so intense that dismissing it as devoid of homosexual or homoerotic longing is deceitful.

Three concepts that you can dismiss regarding writing fiction:

1) "Originality"— this really cripples many writers. You do not need your own "original" plot. There are virtually none, especially since most plots hail back to a few ancient stories, like "Cinderella," the basis for thousands of novels, plays, movies, and TV series. However, if you have one "original" character, you have done something amazing. Tennessee Williams gave us Blanche DuBois and Stanley Kowalski, but both those characters can be traced back to Shakespeare, with the emotionally fragile Ophelia (from Hamlet) and the horrific demon Caliban (from The Tempest) who was all muscle and unleashed fury.

So, the writer must rely on his own originality — that is, his ability to observe and organize ideas and feelings.

Having your own "material," in the form of direct experiences, is not important. One of the world’s greatest war novels, The Red Badge of Courage was written by a young writer, Stephen Crane, who’d never been in a war. Jane Austen led a reclusive life, never married, and yet wrote constantly about love and marriage.

2) "Voice" — many writers feel that they can never achieve a real "voice," a distinctive style or approach. In truth, there is no such thing in fiction as "voice." There is only technique and what you do with it.

One of the most distinct "voices" in literature, Ernest Hemingway’s, came from using
newspaper techniques. He was a journalist in the Midwest, so he merged journalism with the
style of Willa Cather, another writer from the Midwest.

Writers have to learn what it is they need to say, then say it. Learning technique will get you there.

No, writing can be one of the world’s most pleasurable activities. Writing is not lonely, but is the complete antidote to loneliness, because you are contacting the deepest part of yourself. It is wearing, but worth it. What writing does require is great discipline, concentration, and effort. But then, so does any other art form, or working in any field of science.

4) Regarding gay fiction: There is a certain way that gay writers are supposed to sound
— like Oscar Wilde, Proust, or Andrew Holleran — and if you don't write like that, you can't be one.

Forget that one totally. This idea has been foisted on us by the ever-present queer academic establishment. Oscar Wilde, Proust, and their many progeny, such as Holleran or David Leavitt, are only one strand of gay feelings, thought, and writing. There are many more, from many different periods and other countries as well. So, if you don’t feel you fit into the "classic" gay mode, which I used to describe as spanning the entire gamut of human feelings and experiences, from artificial to bitchy, don't worry.

In fact, you might be working in a mode that is all your own, and I'd be delighted to read it.

Working on something?  Tell me about it below. 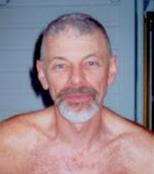 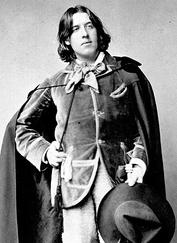 Perry Brass' Notes on Writing Or
What Is Fiction, and Gay Fiction, Too? 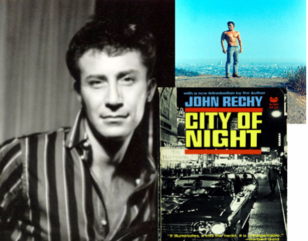 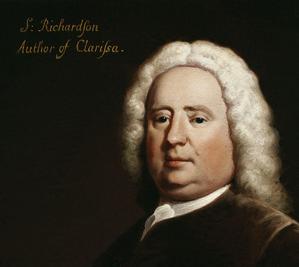